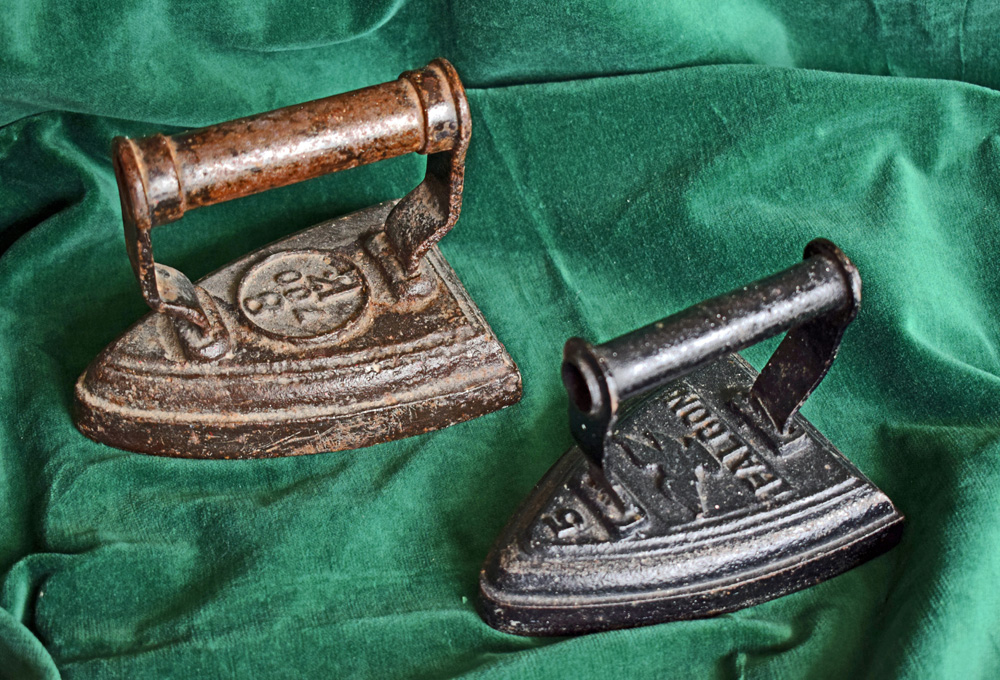 Various sizes and weights of flat iron were produced for different types of cloth and garments. A flat iron lost its heat quite quickly, and households therefore needed at least two irons, so that one was always being heated. Specialised stoves for heating irons tended to be the preserve of large houses with laundry rooms.

A hot fire was needed to heat an iron, which was not a problem when households kept a fire alight all year round for cooking and heating water. Irons were placed on a trivet attached to the firebars of the grate or the kitchen range, and they could also be placed on the hot plate over the range fire. Care was needed to prevent smoke-blackening or soot that could make the laundry dirty. It was also essential to thoroughly clean an iron and polish its smooth face. When gas stoves began to replace coal fires for cooking, these were used instead for heating irons.

One further problem was regulating the heat of flat irons. If they were not hot enough, it was difficult to smooth the cloth easily, but irons that were too hot would cause scorch marks. It took experience to judge when an iron was at the right temperature, and one common test was to spit on the face of the iron and see if it sizzled and dried.

Most ironing was carried out on a kitchen table that was covered by a thick cloth or blanket, though smaller tables designed for ironing were bought for laundries in large houses. From the 1860s, space-saving ironing boards with folding legs appeared, but lack of money and space meant that poorer households continued to use a kitchen table or a board balanced between the tops of two chairs.

What seems surprising is that flat irons and kitchen tables were commonly used in Britain up to the Second World War. This advert from a 1937 edition of the magazine Woman’s Friend extols the virtues of Robin starch in improving the process of ironing, with a picture of a flat iron (with added wings) on a table: ‘Easy to iron – for irons glide on Robin, never showing a tendency to stick’. 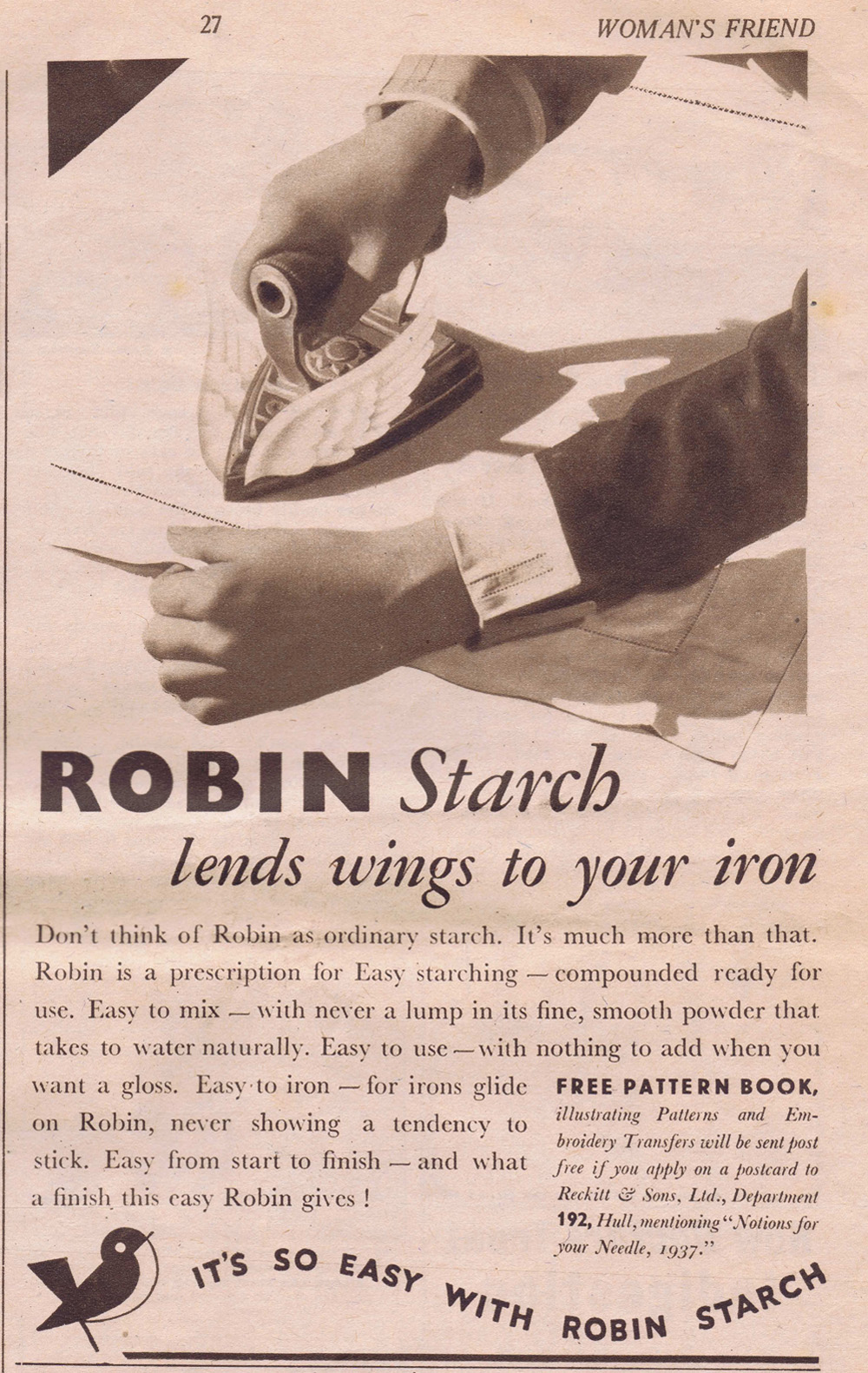 A 1937 advert for starch featuring a flat iron

If you want to know more about laundry, then take a look at our books Jack Tar and Eavesdropping on Jane Austen’s England.