The hat is the thatch, while the boots refer to the foundations. The phrase is still used by some builders today and can be traced back in magazines to at least 1837, but is probably as old as the building method itself. One description of cob was by a contributor to Notes & Queries in 1857:

‘When I was a boy, I recollect witnessing the erection of two or three houses in my own neighbourhood in this way … Cob is mud mixed with straw, and sometimes a little lime to make it harden … In raising a wall of cob, a large three-pronged fork is commonly used; a course about three feet high is raised, and allowed to dry. Then another, and another, until the wall is of sufficient height. When the whole is dry enough, it is pared smooth with a tool something like a spade. A cob wall must have a high stone foundation, and be protected from the weather at the top. The workmen declare that “a cob wall will last forever, if it has a good hat and a good pair of boots”.’

The last point is critical, because cob walls do not have a damp-proof course to stop moisture rising up from the ground, so without a solid stone foundation to raise it up, the base of a cob wall is soon washed away by rain and dissolved by rising damp. Once that happens, the wall collapses. Similarly, the top of the wall must also be protected from the rain, and often the exterior wall surface was covered in lime plaster to reduce penetration by rain and snow. 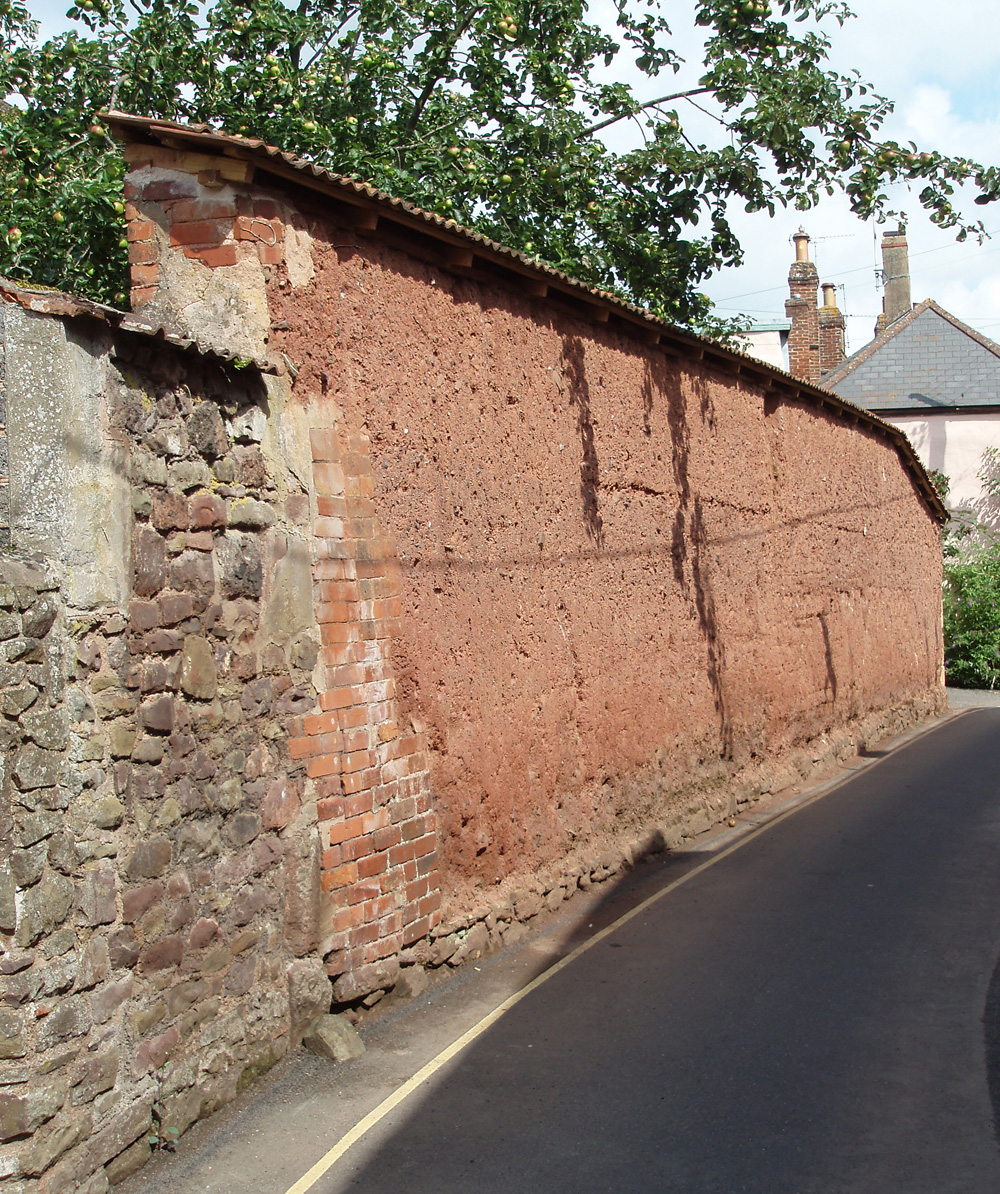 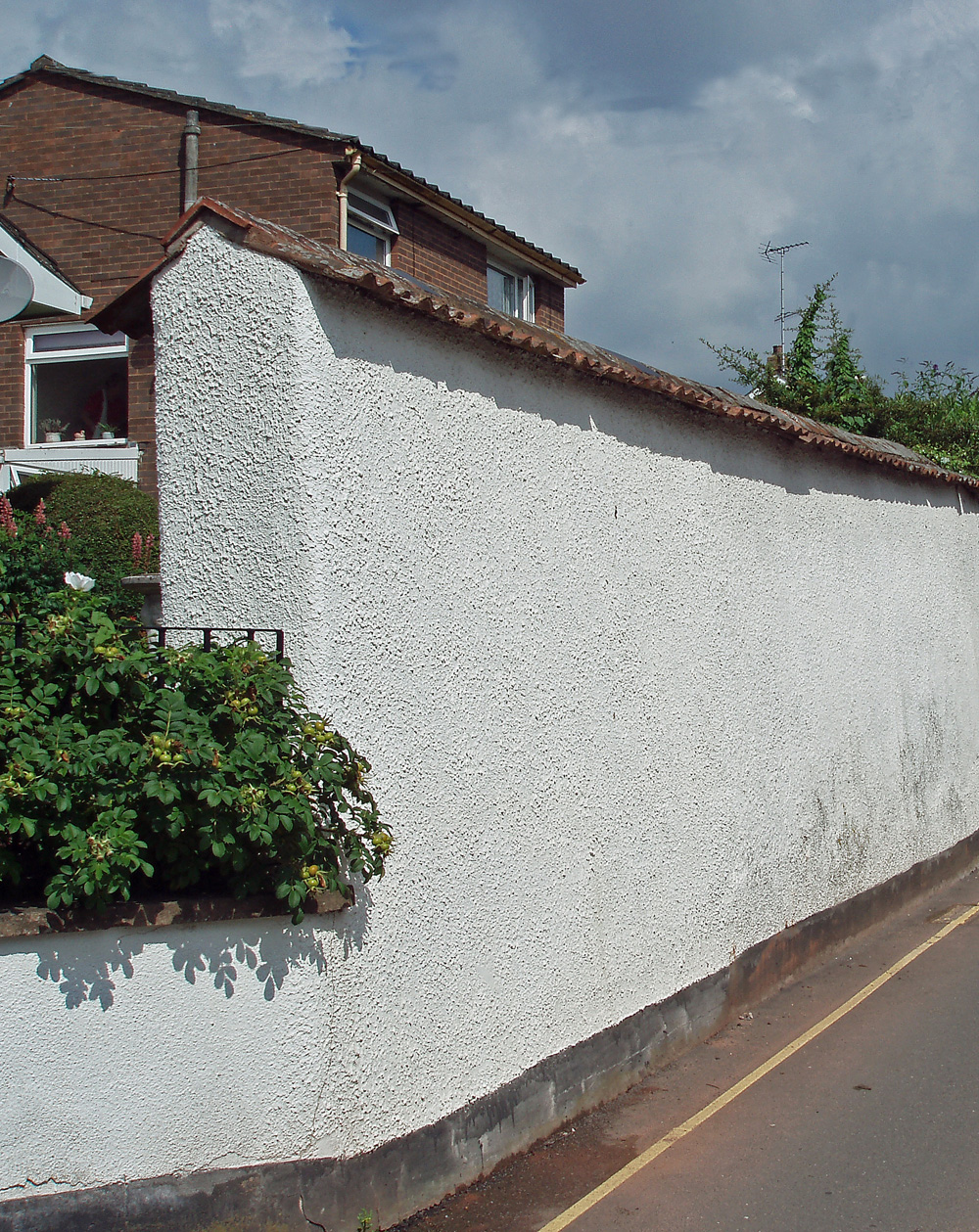 Two sections of a cob wall at Crediton in Devon. The upper one has not been rendered,

so the stone foundation is visible. Freestanding walls usually

had copings of thatch, but tiles are now used, as here

Because of their construction, cob walls were thicker than brick or stone walls. They provided very good insulation, but were relatively fragile and needed frequent maintenance, as Cecil Torr commented in 1918:

‘People talk as though there was no jerry-building in the olden times. I believe the jerry-builder was as busy then as now, but all his buildings have all tumbled down and been forgotten long ago. Only the best of the old buildings have lasted until now; and these are constantly in need of structural repair. I have overhauled a good many of these buildings; and by the time I have underpinned the walls, and grouted them, and done all the other necessary things, I always find I could have got a better result by taking them right down, and setting them up again on fresh foundations.’

Cob walling is nowadays a feature of the West Country, but this building technique was used across Britain. Its popularity stemmed from the fact that mud and straw were found in most places and quicklime was common. It also needed relatively little skill to construct a cob wall, so that costs were not high. The picturesque cottages now admired for their painted cob walls and neat thatched roofs were essentially the ‘cheap and cheerful’ dwellings of their day. They might be more comfortable than the more expensive houses built of brick and stone with slate or tile roofs, but they were less durable and needed more maintenance to prevent them collapsing. Those that still survive are a minority that represent a once widespread building tradition.