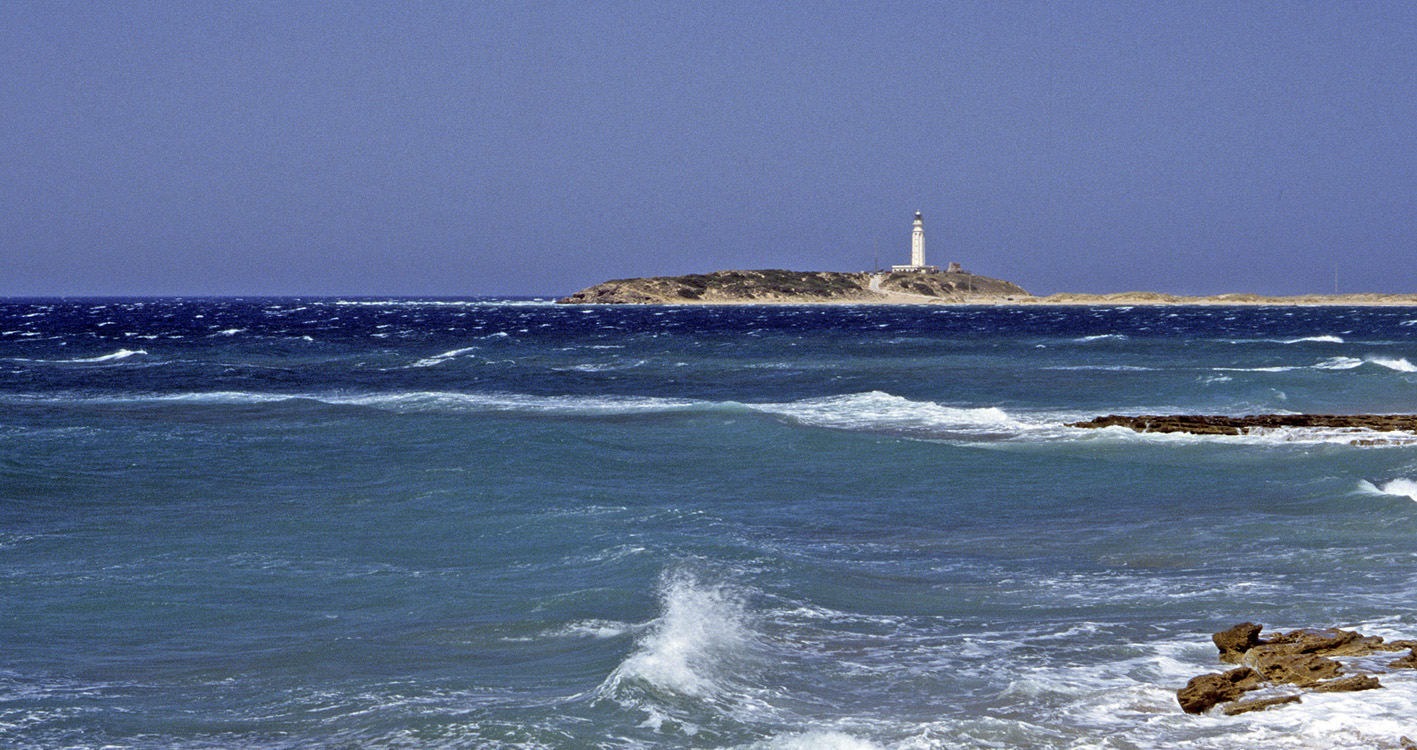 Built in Portsmouth, HMS Britannia was launched in December 1904 as a battleship of over 16,000 tons, with four 12-inch guns, four 9.2-inch guns and ten 6-inch guns, and was completed in 1906. That same year saw HMS Dreadnought enter service, a new type of battleship armed only with 12-inch guns and capable of greater sailing speed, making previous battleships obsolete – including HMS Britannia. Even so, the Britannia was still very powerful and continued to be a useful part of the navy.

On the morning of 9th November 1918, the Britannia was sailing off Cape Trafalgar, accompanied by two other warships, only to be hit by a torpedo fired from the German submarine UB-50. A fire spread to the magazine, and it proved impossible to flood the area to put the fire out. It was obvious that the vessel could not be saved, and many of the crew were taken off. Just over three hours after being struck by the torpedo, the Britannia sank.

The men rescued from the Britannia were taken initially to Gibraltar, from where many of them were transported back to Britain, arriving at Portsmouth on 21st November. They were then released on leave, and from their stories, newspapers pieced together what had happened. ‘Interviews with some of the survivors show that nothing was seen of the submarine,’ the Western Morning News recounted, ‘although a close watch had been kept all night. About 7 a.m. on the 9th inst. there was a dull explosion well aft on the port side, but although it was realised that the ship had either struck a mine or had been torpedoed, it was not regarded as a serious matter.’

The initial damage was not particularly great, but the same newspaper described how the resulting fire spread:

‘Immediately afterwards there was another explosion, the force of which was terrific, and the ship was shaken from stem to stern. She at once heeled over badly to the port side. The force of the explosion had shattered all the dynamos. There were two destroyers in company, one British and the other American. The former at once sent a wireless message to Gibraltar for help, which was at once sent. Meantime, efforts were made to launch the boats by hand power, but that proved impossible. The British destroyer accordingly drew alongside, and 350 of the petty officers and men were put on board, the others being kept in the Britannia. The destroyer then cast off, but kept company. About an hour and a half after the explosions the periscope of the German submarine appeared on the surface. The Britannia’s gunners promptly opened fire on it, and the two destroyers hurrying to the spot, dropped several depth charges.’

The UB-50 escaped the depth charges, and by now the Britannia was close to sinking, which the Western Morning News described: ‘As the Britannia was still heeling over, the remainder of the officers and crew were put on board other vessels that had arrived from Gibraltar. Soon afterwards the ship turned turtle and went down in deep water.’ Fifty men were killed, most of whom went down with the ship. This was the last Royal Navy ship to be sunk in World War One, just two days before Armistice Day, and this was the last ship sunk by the submarine UB-50, which surrendered in January 1919.

Several wounded men from HMS Britannia were left at Gibraltar, where they could be treated, including John Jones, a stoker. Born in January 1892, he was twenty-six years old, described as being five feet seven inches tall, with black hair and grey eyes. He came from Irlam, near Manchester in Lancashire, and before he joined the navy, he was probably still living at home with his parents, Charles and Bridget Jones, as well as his two brothers and four sisters, and he worked as a labourer in a soap works. On joining the navy in November 1915, he stated his religion as Roman Catholic and named his mother as next-of-kin. After four months of service, he was rated able seaman, and by November 1918 he had become a stoker first class. 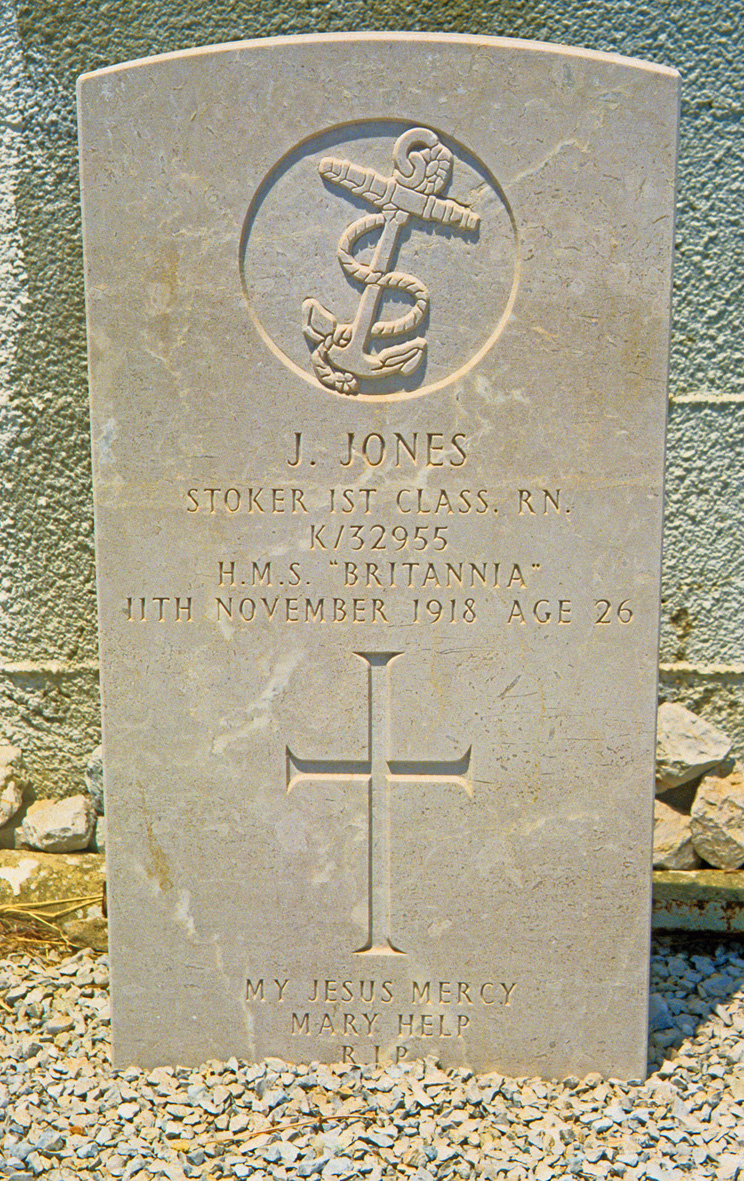 Gravestone of John Jones in the North Front Cemetery, Gibraltar

Jones was badly wounded and died two days after the Britannia sank. The date of his death was 11th November, which, poignantly, was Armistice Day. He was one of the last servicemen to die during World War One, and he was buried in the North Front Cemetery, in the shadow of the Rock of Gibraltar, where his grave can still be seen.