Simnel cakes have a long history. The 1799 edition of Johnson’s Dictionary gives the simple definition of ‘simnel’ as ‘A kind of sweet bread or cake’, but one of the earliest mentions is in the short poem by Robert Herrick, first published in 1648:

A Ceremonie in Glocester

I’le to thee a Simnel bring,

‘Gainst thou go’st a mothering:

So that when she blesseth thee,

Half that blessing thou‘lt give me.

The reference is to Mothering Sunday, which is traditionally the fourth Sunday in Lent, also known as Mid-Lent Sunday, and for Herrick to refer to it in this way shows that the custom of making simnel cakes was well established in the early 17th century.

Like most customs, those surrounding simnel cakes have evolved over the years, and their origin is obscure. William Hone’s The Every-Day Book of 1825 suggested: ‘Going a mothering is from the Roman Catholic custom of going to the mother-church on Mid-Lent Sunday, to make offerings at the high altar, and that custom of the Romish Church is derived from the Hilaria, a heathen festival celebrated by the ancient Romans, in honour of the Mother of the Gods on the ides of March.’

The Ides of March in the Roman calendar was the 15th, but this connection with Roman customs is far too tenuous. The Hilaria was actually a festival of the Anatolian god Attis and was not an annual holiday in Rome, unlike the feast days of his consort Cybele, who was also known as Magna Mater (‘Great Mother’) and was considered to be the mother of all living things. Nevertheless, the custom probably does have a pre-Christian origin that was appropriated by the early church, though there is no precise evidence. By the late 18th century the custom was accepted as Christian, which the antiquarian William Brand outlined: ‘In the former days of superstition, while that of the Roman Catholics was the established religion, it was the custom for people to visit their Mother-Church on Mid-Lent Sunday, and to make offerings at the high altar. Cowel, in his Law Dictionary, observes that the now remaining practice of Mothering, or going to visit parents upon Midlent Sunday, is really owing to that good old custom.’ 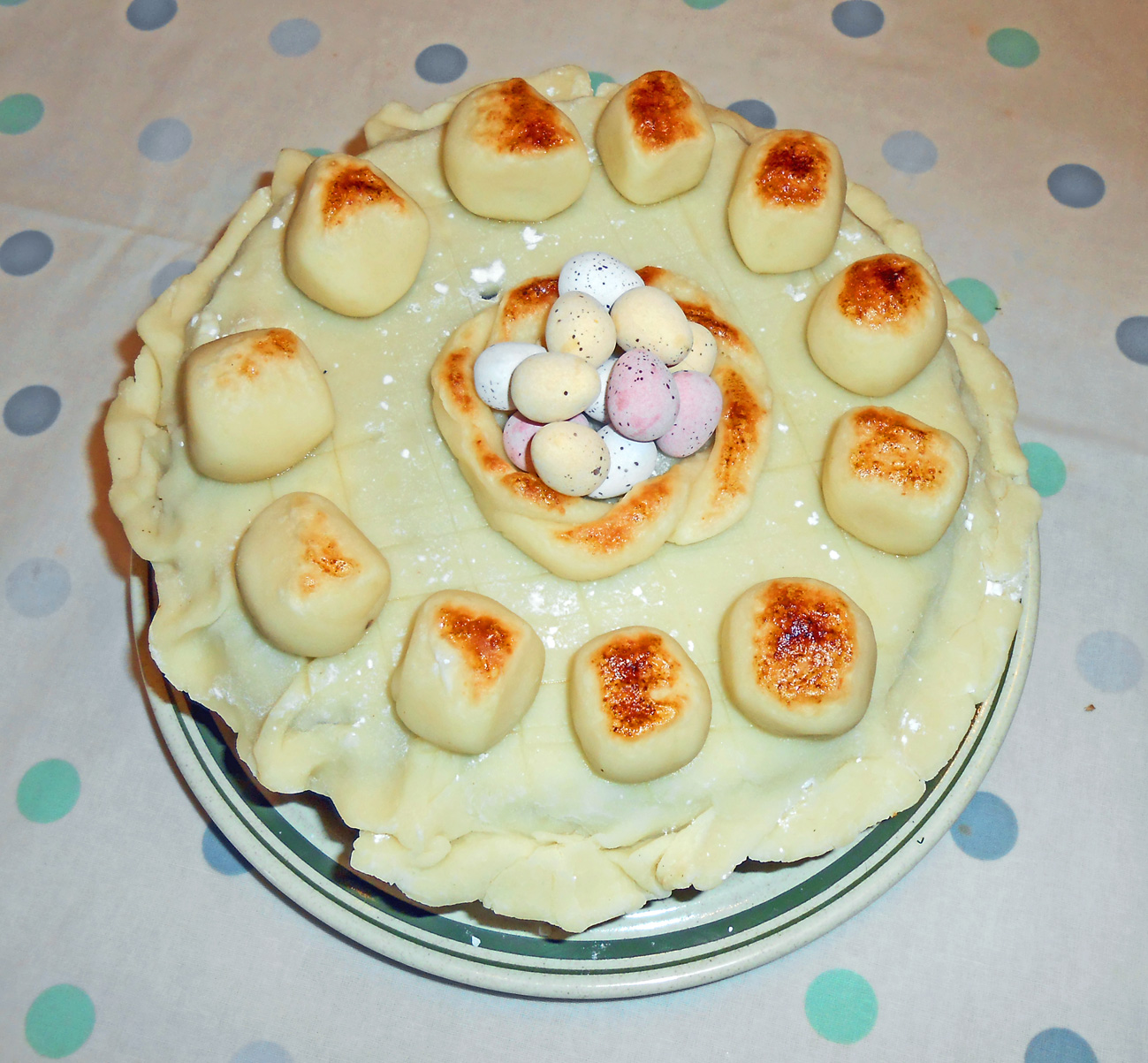 Whatever the theoretical origins, in many areas one custom prevailed: children, often working away from home as apprentices or servants, visited their parents on Mothering Sunday, while children at home or away would give a simnel cake to their mothers. Gradually the custom concerning simnel cake changed, becoming more of a secular seasonal treat like Christmas cake. On 10th March 1803, William Holland, the vicar of Over Stowey in Somerset, received a parcel addressed to his daughter Margaret: ‘a fine Cymnel [simnel] cake with a box of the well known Shrewsbury cakes either from Mrs or Miss Kinaston [his relatives at Ruyton near Shrewsbury in Shropshire] … after dinner Margaret carried a large piece of Cymnel and some cakes to [their friends] the Miss Pooles.’ The following year, Holland received another simnel cake which he thought was ‘peculiar to the Town of Shrewsbury: large and deep, a thick crust with saffron in it and hard, and filled the inside with sweetmeat.’ This type of cake was a speciality of Shropshire, and there were several other regional recipes. Most were variations of a rich fruit cake that had plenty of marzipan in the mix and on top of the cake. Some cakes had eleven balls of marzipan on top, said to represent eleven apostles of Jesus, excluding the twelfth – Judas.

In 1907 Anna Jarvis, who was a schoolteacher in Philadelphia, USA, suggested a special Mother’s Day. After successful lobbying of Congress, it was officially recognised in 1913 and was set as the second Sunday in May, breaking the connection with Lent and Easter. In Britain and Ireland, the old Mothering Sunday was retained, but after the Second World War it evolved into an American-style Mother’s Day, aided by the efforts of commercial interests keen to sell more cards and gifts. At the same time, simnel cakes have also gained popularity as a seasonal speciality, being sold by supermarkets and shops, as well as being created at home.