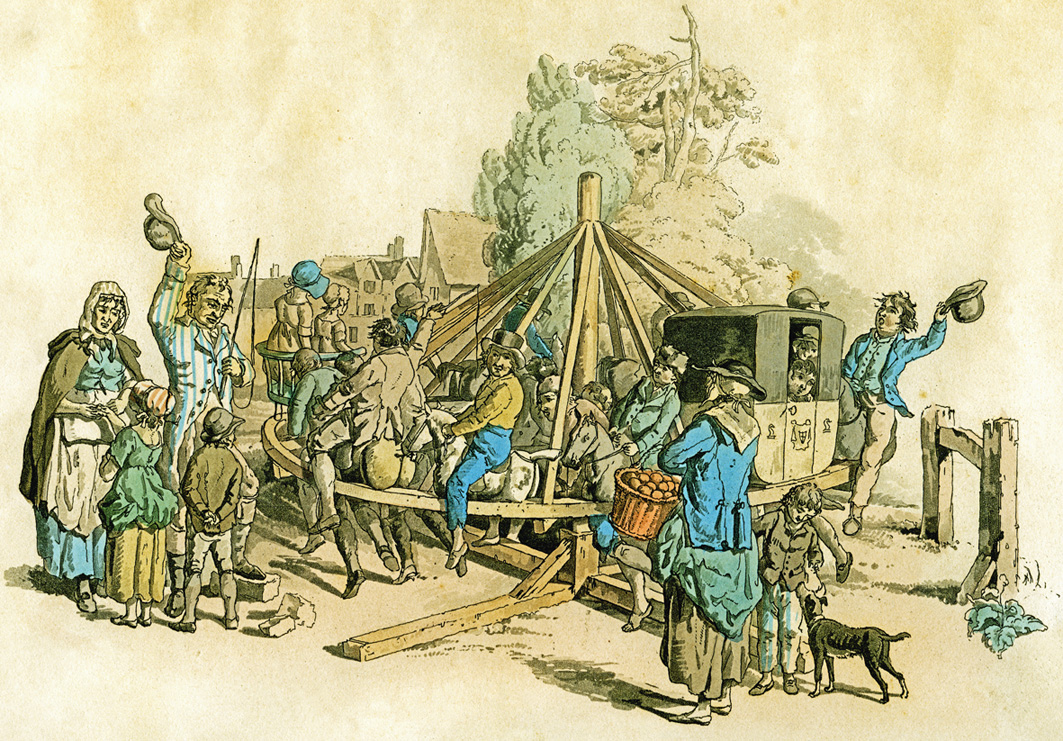 Dobbies (singular: dobby) were roundabouts that had wooden horses hanging by a single pole from the roof. There was no floor to the roundabout, and no mechanism to make the horses rise and fall. Originally designed for use by children, larger versions were later made for adults, and on some dobbies the poles were hinged at the top, allowing the horses to swing outwards as the ride gathered speed. Although they were later run by horse power and then steam power, early dobbies were powered simply by people pushing the roundabout round. The big roundabouts in travelling fairs known as gallopers developed from dobbies, and they have large wooden horses, made for adults rather than children, carved to resemble galloping horses. Each horse is fixed to a vertical pole that raises and lowers the horse, giving roundabouts their distinctive appearance when in motion. 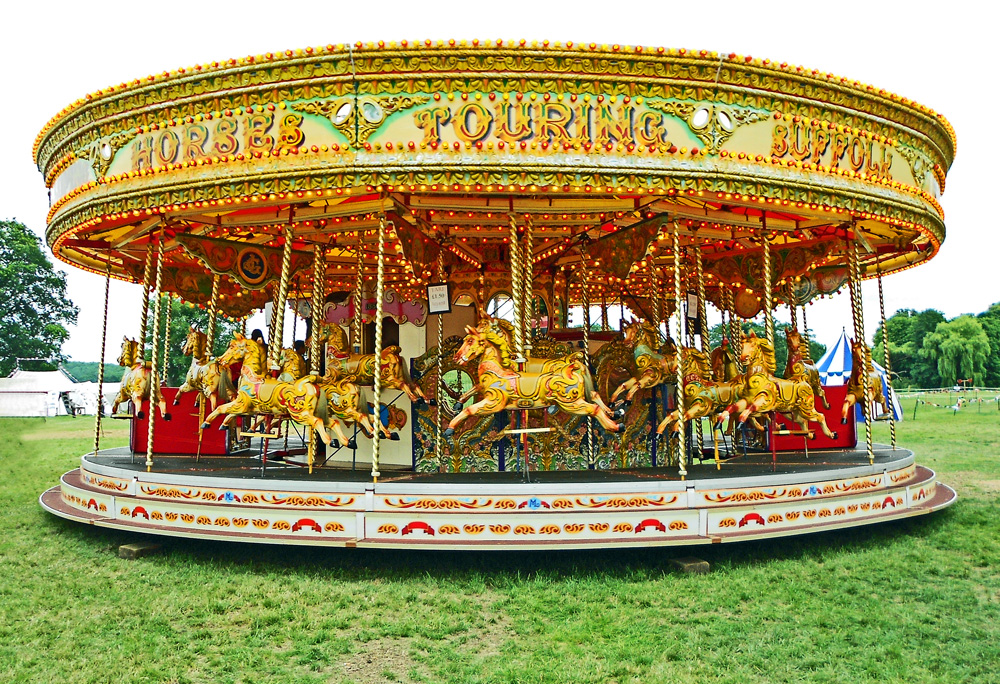 Steam power was first developed for pumping engines, then for railway locomotives. By the late 1860s the steam traction engine was fast becoming a common method of hauling heavy loads along the roads of Britain and was the first self-propelled vehicle to replace horses for heavy haulage. While horses were still the norm for individual riders and for pulling passenger vehicles, they could not compete with the traction engine for raw pulling power. Traction engines were large, heavy and slow, but they had a number of advantages for travelling showmen. As well as pulling huge loads of equipment from one venue to the next, steam engines also provided electricity, via a generator, to power the fairground rides and lighting. On the road, the footplate of a traction engine, like that of a railway locomotive, provided warmth from the adjacent furnace heating the boiler, and a canopy over the engine usually kept off the worst of the weather. 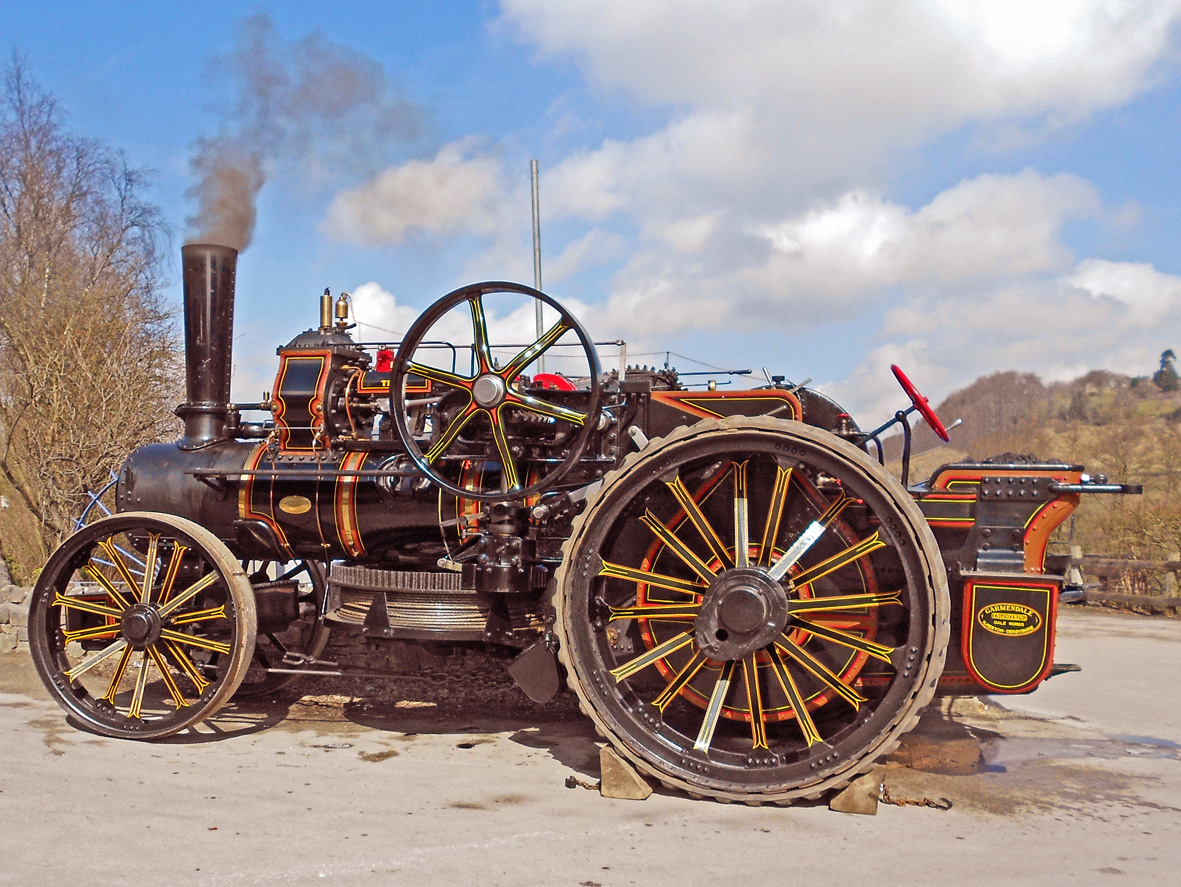 The romance of steam

It was steam power that gave late 19th- and early 20th-century fairgrounds their distinctive atmosphere. Traction engines provided plenty of electricity, so rides and stalls were covered in bright lights for the first time, making fairs more appealing to a wider section of the population. The abundant power was also used to run fairground organs and other mechanical music machines, adding to the attraction of stalls and rides. The traction engines themselves were a novelty, and the sound of running engines became a familiar background noise for fairs. The smoke from ‘steam coal’ (the particular grade of coal best suited to steam engines) gave fairgrounds a distinctive aroma that is completely lacking from fairs powered by diesel or petrol generators. Always ready to adopt new technology, after the Second World War fairgrounds abandoned steam engines in favour of generators, but many people were nostalgic for the pre-war fairs and so enthusiasts began to hold steam rallies and steam fairs, powered by traction engines, and these events continue to be incredibly popular.

Poster for the steam fair at Shottesbrooke, Berkshire, in 1964