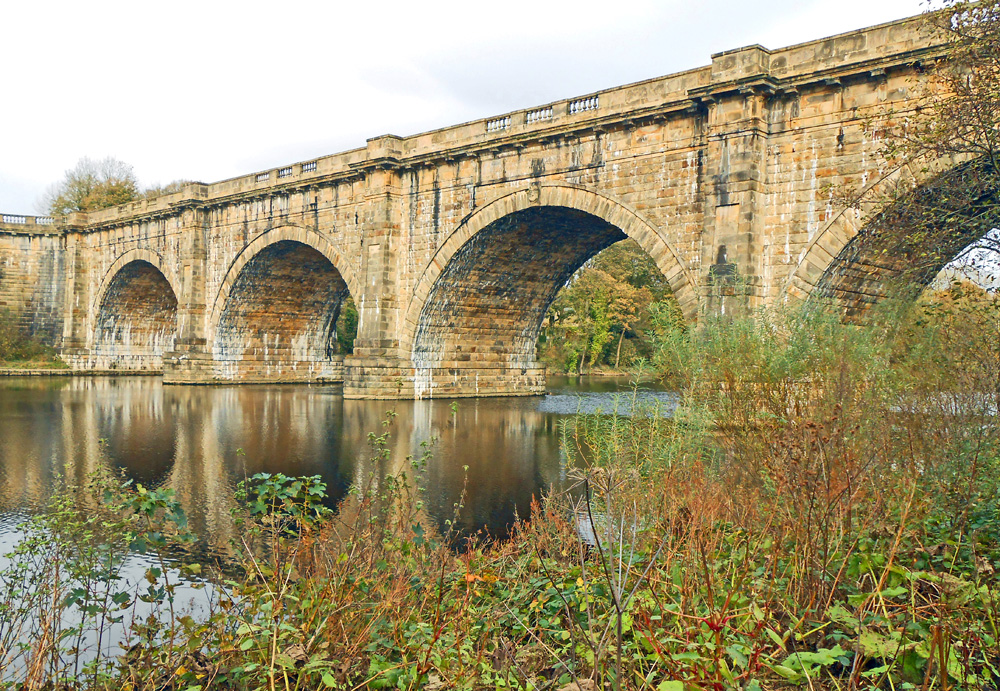 The Lune Aqueduct is a fine example of Georgian architecture, largely in its original form and built of sandstone blocks with piers resting on timber piles driven into the river bed. It is protected as a Grade 1 Listed Building and is often claimed to be the best example of the work of the engineer John Rennie (1761–1821), sometimes called John Rennie the Elder to distinguish him from his son John Rennie. He was responsible for building a number of canals, including the Lancaster Canal. 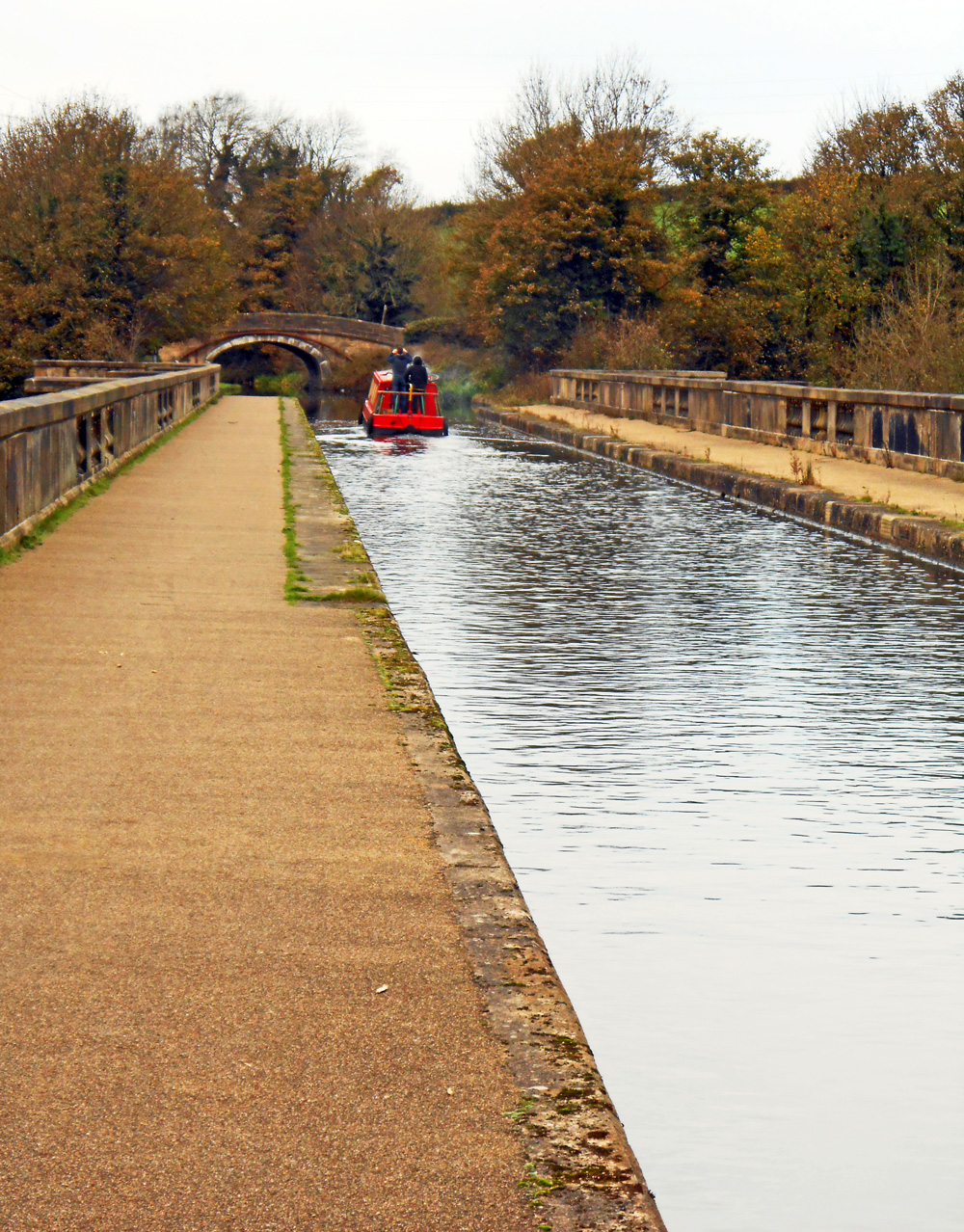 The Lancaster Canal crossing the River Lune via the Lune Aqueduct

Although Rennie designed the bridge, it was constructed by the Scottish architect Alexander Stevens, who had a long and successful career building bridges, mainly in Scotland. The Lune Aqueduct proved to be his final project, because he died in 1796, and the aqueduct was completed by his son, also called Alexander Stevens. Although he had spent most of his working life in Scotland, he was buried in the churchyard of the ancient priory church of St Mary at Lancaster, which stands on a hill next to the castle, overlooking the city and the River Lune. On the exterior of the south wall of the church is a memorial plaque:

‘Sacred to the memory of Alexr. Stevens, Architect. In private life he was respected and beloved. The many public works executed by him, especially the aqueduct over the River Lune, near this town, are the best encomium of his professional merit. He died Jany. XXIXth. MDCCXCVI [January 29th 1796] aged LXVI [66] years.’ 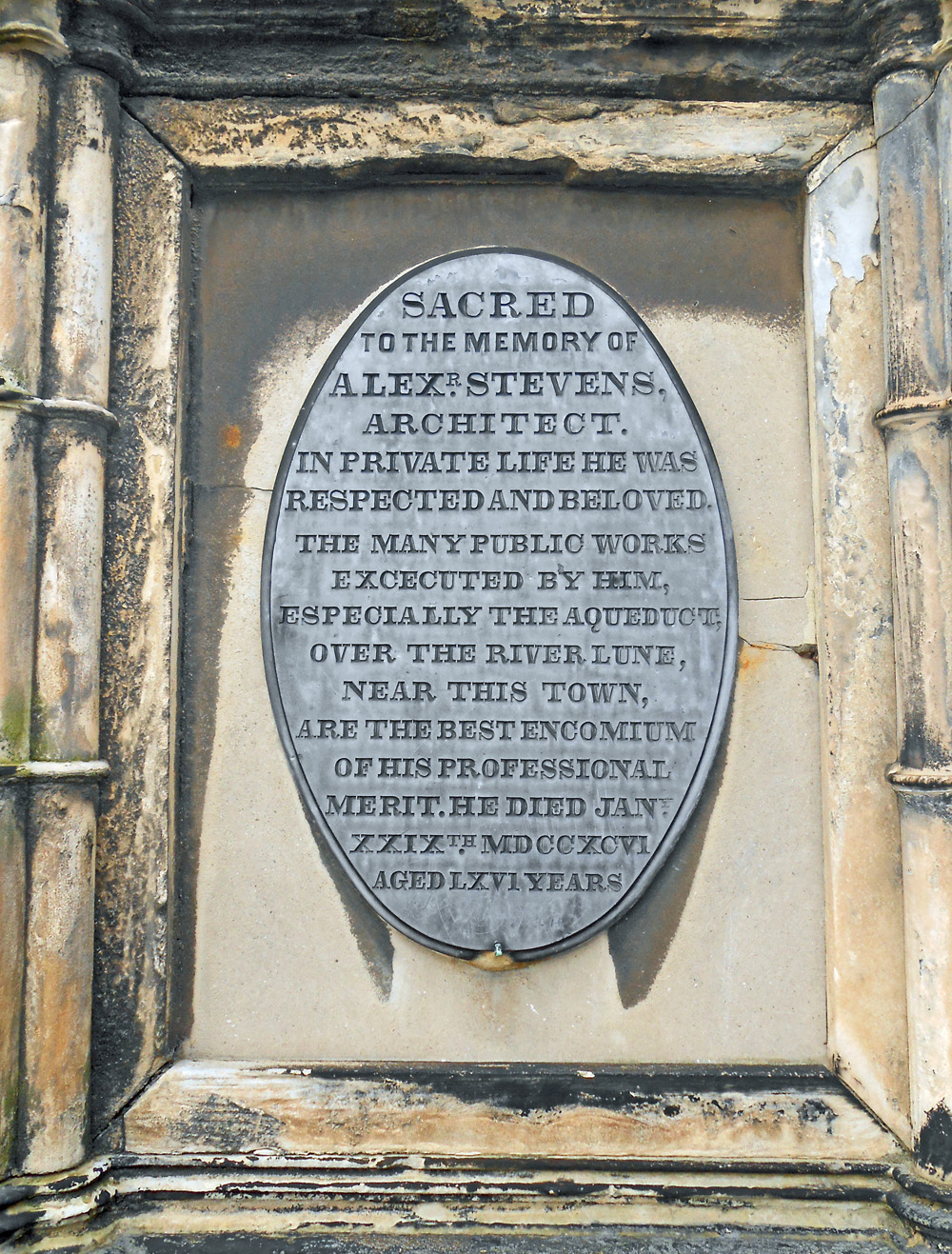