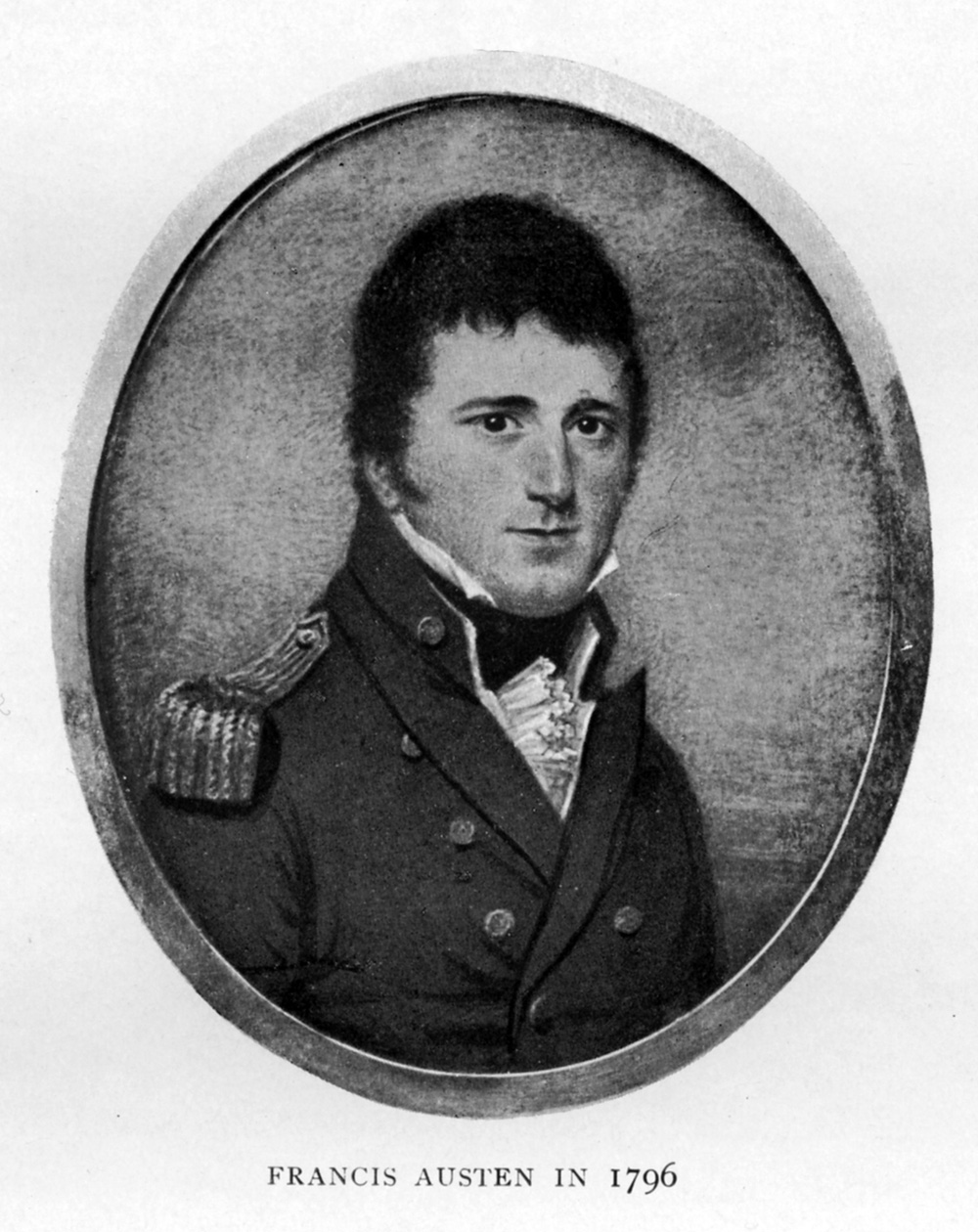 When almost 12 years old, in 1786, Frank (shown here) attended the Naval Academy at Portsmouth and in 1788 started his Royal Navy career. In 1800 he became a post-captain and in 1805 joined HMS Canopus as flag-captain in Nelson’s Mediterranean fleet. He missed the Battle of Trafalgar as his warship was stuck at Gibraltar fetching supplies. In 1807 he made a trip to South Africa and in 1809 he journeyed to China. After the Napoleonic Wars, Frank went on half-pay. His first wife died in 1823, and five years later he married Martha Lloyd, but his wealthy aunt, Mrs Leigh-Perrot, disapproved and disinherited him (she was a shoplifter, and you can read about her in our book Eavesdropping on Jane Austen’s England). Even so, she paid him off with £10,000, a huge sum then, enabling him to buy Portsdown Lodge. At that time Frank was also promoted to rear-admiral.

Charles went to the Naval Academy in 1791 at the age of 12 and started his career in 1794. In 1804, still a lieutenant, he took command of a warship being built at Bermuda for the North American squadron. He returned to England in 1810, now a post-captain, and was put in charge of HMS Namur guardship (on which his first wife would die). In 1820 (three years after Jane Austen’s death), Charles began work for the Preventative Service in Cornwall, then in 1826 he returned to sea. In 1846 he became a rear-admiral and in 1850 commander-in-chief of the East Indies and China Station, where in 1852 he was buried in Sri Lanka after succumbing to cholera.

Ghosts of the Austens

In 1843, Frank’s wife Martha died at Portsdown Lodge. Frank had seen no active service since 1814, but in 1844 he was made commander-in-chief of the North American and West Indies station. He advertised Portsdown Lodge to let for three years, fully furnished. His sister Cassandra came to bid farewell in March 1845, just before he sailed. Tragically, she had a stroke and died at the house. Charles came to help out, as well as their brother Henry, and Cassandra was taken back to Chawton for burial. In 1849, after returning from north America, Frank’s unmarried daughter Cassandra Eliza also died at Portsdown Lodge. Frank himself died there in August 1865 at the age of 91. In later years the house became a school and was demolished in the 1960s to be replaced by a housing estate, seen here. Today, it is difficult to imagine that these people so dear to Jane Austen had died here, or that so many of the Austen family spent time here. 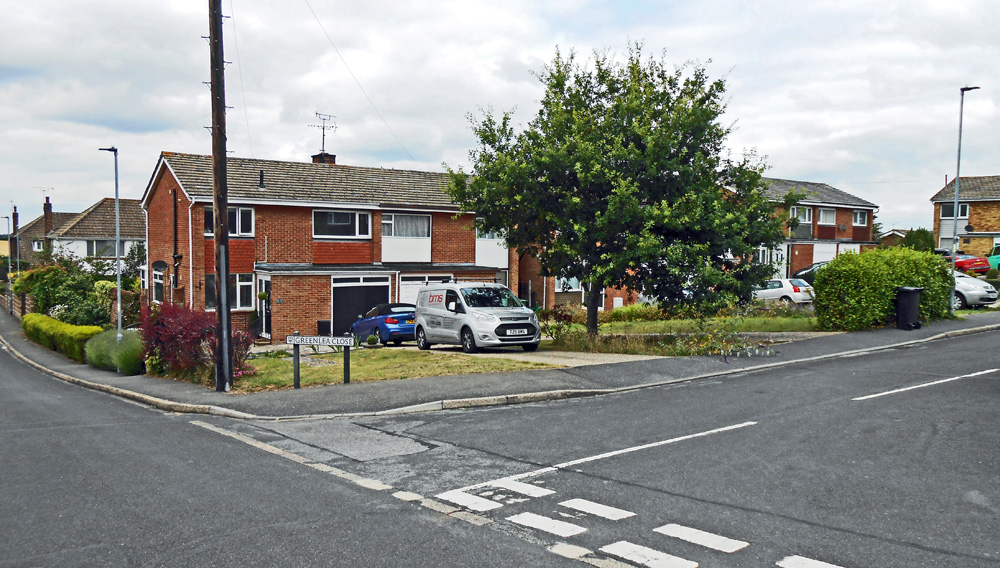 At the end of September, we attended the latter part of the Jane Austen Society’s annual conference, which this year was in Basingstoke, with the theme of Jane’s home county of Hampshire. We had been invited to give a talk about Frank and Charles and so had the opportunity to present new and refreshed evidence for their lives and Hampshire connections. It was the final event of the programme, and we had a warm and wonderful audience.

For background to the Royal Navy at that time, see our book Jack Tar.