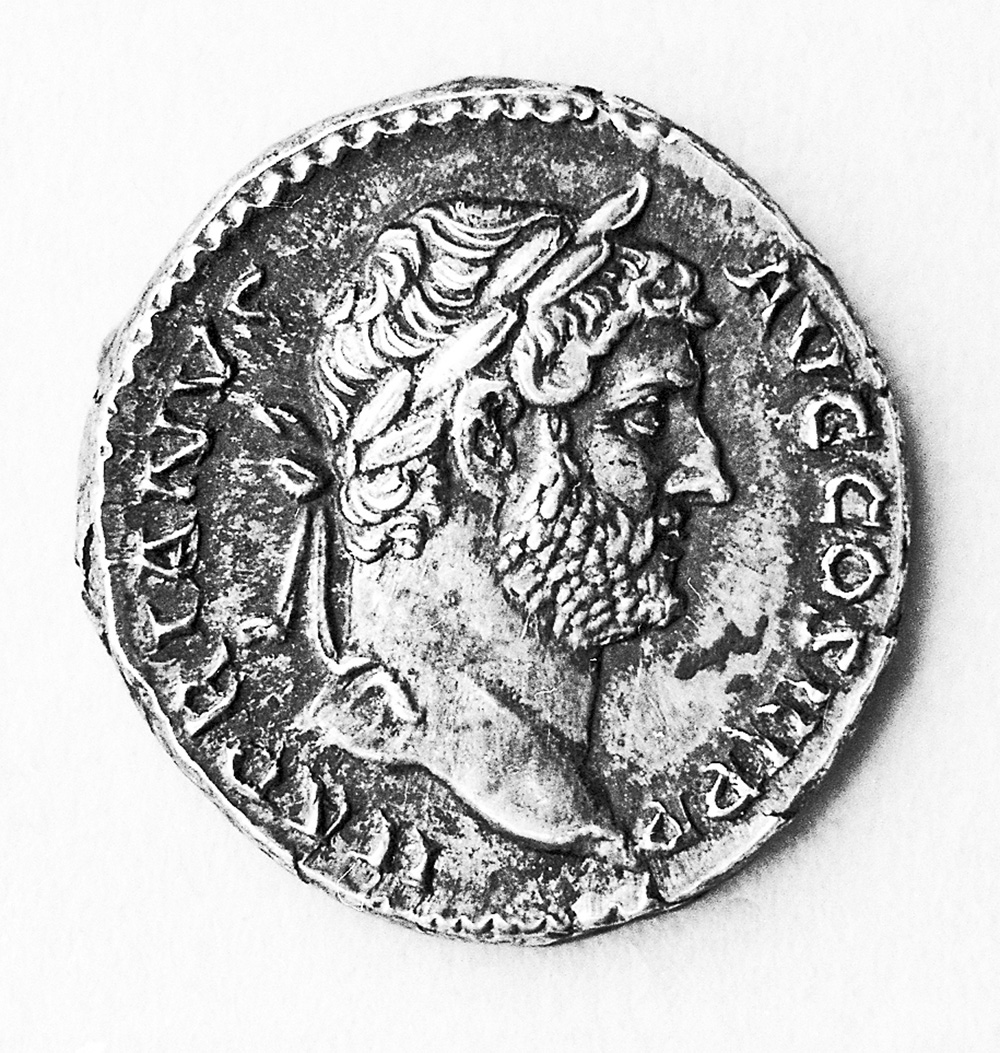 With the fall of the Roman Empire in western Europe, the use and minting of coins were disrupted. With gold in short supply, most coinage systems in medieval Europe turned to silver, and the penny was the main coin, with 12 pennies (or denarii) being worth one solidus (or shilling), while 20 solidi were equal to one libra (a pound of silver). For centuries throughout Europe, one of the biggest complaints was the lack of ‘small change’, which gave rise to low-denomination tokens being issued by private traders, although base-metal coins eventually came to be minted.

Pounds shillings and pence were used in Britain until 1971, but the coins underwent many changes over the centuries, including both gold coins and base-metal coins, as well as the introduction of banknotes. When people saw ‘£.s.d’, they did not equate them with alphabetical letters, but automatically thought ‘pounds, shillings and pence’, or simply ‘money’.

The value of money

The chromed tin coin holder in this picture was intended to keep coins safe. Dating to about the 1920s, it tells a fascinating story. In the decades before decimalisation, coins were worth substantially more than today, with beer between one and two shillings a pint, and a loaf of bread costing under a shilling. Nowadays, real money means banknotes, but for much of history, coins were not just ‘small change’ but represented significant value and were treated with respect. 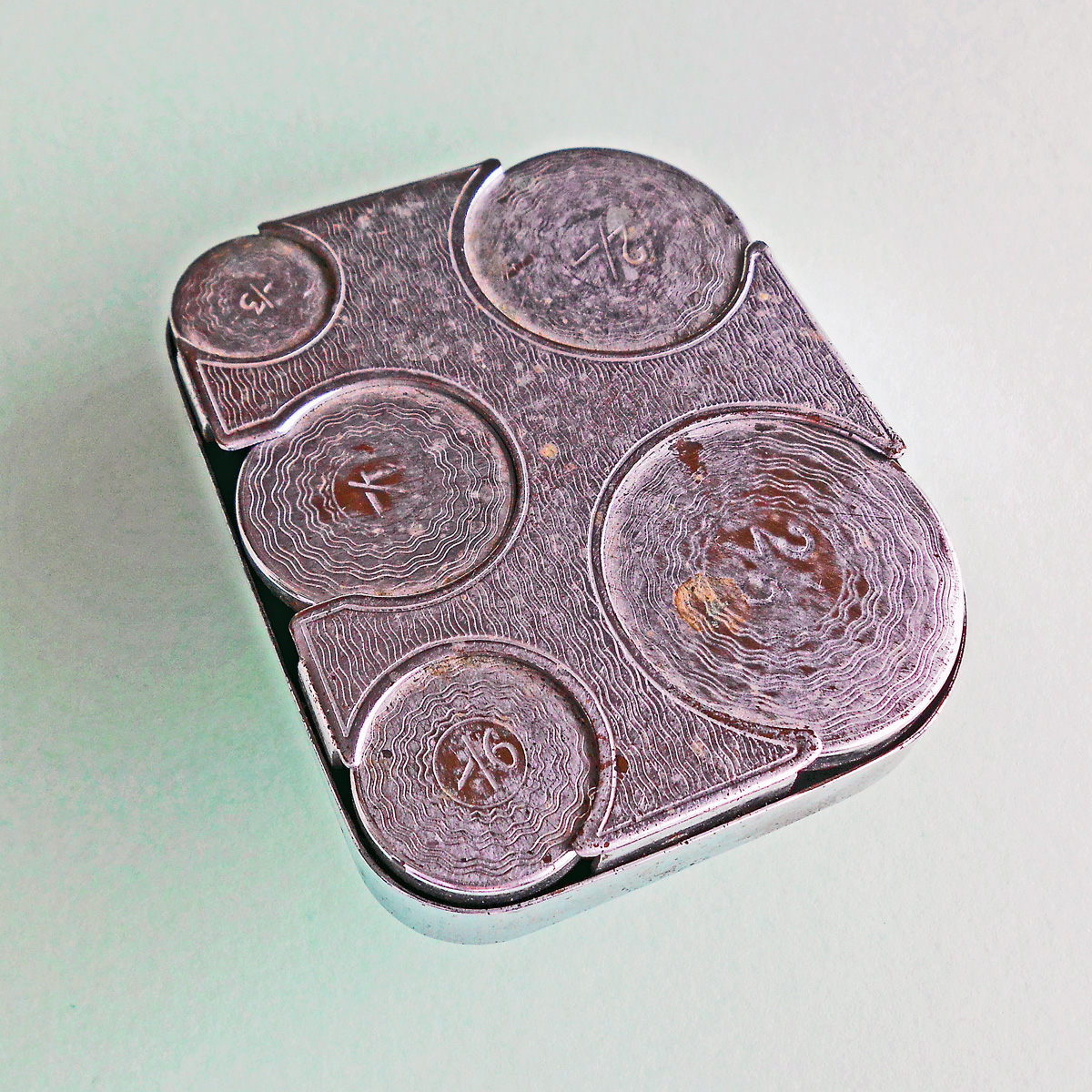 A metal coin holder for five different types of coin

The holder has five spring-loaded compartments into each of which two or three coins can be fitted. They are marked 2/6 (two shillings and sixpence), 2/- (two shillings), 1/- (one shilling), -/6 (sixpence) and -/3 (threepence). The abbreviation ‘/’ is a symbol for ‘shilling’, which is said to be derived from the long ‘s’ (the one that looks like an ‘f’ in old manuscripts and books). The dash is a symbol for ‘nothing’, so that -/3 actually reads ‘no shillings and three pence’. The holder is intended for silver (or debased silver) coins – there are no compartments for the lower-denomination copper penny, halfpenny and farthing. In the late 1930s, silver threepenny coins were gradually withdrawn after the introduction of larger nickel-brass threepenny coins with 12 sides.

When decimalisation was introduced, nobody quite knew how to pronounce the coinage. In the old coinage, the word ‘pence’ was generally used as the plural of penny, but the pronunciation ‘pee’ began to be used for the decimal penny, so that the two pence coin was called the ‘two pee coin’, and something priced at five pence was ‘five pee’.

With the old currency, half a shilling was a sixpence and half a sixpence was threepence. The pronunciation depended on a person’s dialect, so ‘threepence’ might sound like ‘thruppence’, ‘threppence’ or ‘throopence’, and the coin itself was a ‘thruppenny bit’ or a ‘threppenny bit’ (but might be pronounced ‘throopnee’). Twopence became ‘tuppence’ and a halfpenny was a ‘ha’penny’, pronounced ‘haypnee’. A penny with a halfpenny (1½d) were ‘three ha’pence’. A farthing was a quarter of a penny.

Coins also had various nicknames, so that a shilling was a ‘bob’, 2 shillings were 2 bob, and so on. Banknotes were sometimes colloquially called ‘folding money’ to distinguish them from coins, and the lowest-denomination banknote was the ‘ten bob note’ – 10 shillings (half of one pound). Two shillings and sixpence (2/6 or 2s 6d) was called ‘half a dollar’ or more commonly ‘half a crown’ or a ‘half crown’, because the old crown coin had a face value of five shillings. Now crowns are only minted to commemorate special occasions, and they have a value of £5. Five shillings was also called ‘five bob’ or a ‘dollar’, a nickname that supposedly harked back to the days when one US dollar was valued at 5 shillings sterling. Two shillings was ‘two bob’ or a ‘florin’ (a name that had once been used for a medieval gold coin of much higher value) and sixpence was a ‘tanner’. Coins below the value of threepence were made from a copper alloy and were often referred to as ‘coppers’.

On top of all the names of the coins and a range of nicknames was the added complication of a non-decimal system, because there were 240 pennies to the pound – or 20 shillings or 10 florins or 8 half crowns. There were 12 pennies to the shilling and 30 pennies to the half crown and many more complexities. Many prices were in guineas – for example, one guinea was £1 1s and two guineas were £2 2s. All this made ‘knowing your pounds, shillings and pence’ almost a separate branch of mathematics, while attempts to calculate or compare prices in shops was often a trial of mental agility. From their earliest schooldays, children were taught ‘their pounds, shillings and pence’. Decimal calculators, when they became available, were of little use. Schoolchildren today may well be relieved in mathematics that they are working with a decimal currency – but only if their history lessons have taught them the rich and complicated diversity of the currency that preceded it.