One of the perennial symbols of Christmas and New Year are church bells. Images of bells appear in Christmas card designs and as Christmas decorations, and the sound of bells forms part of many television and radio programmes (and, of course, advertising). For centuries, bells were sounded to welcome in Christmas Day and New Year’s Day, and in 1824 the Gentleman’s Magazine reported the ringing of Christmas bells in Yorkshire:

‘Christmas-eve is, in Yorkshire, celebrated in a peculiar manner. At eight o’clock in the evening, the bells greet “old father Christmas” with a merry peal, the children parade the streets with drums, trumpets, bells, or perhaps, in their absence, with the poker and shovel, taken from their humble cottage fire; the Yule candle is lighted.’ 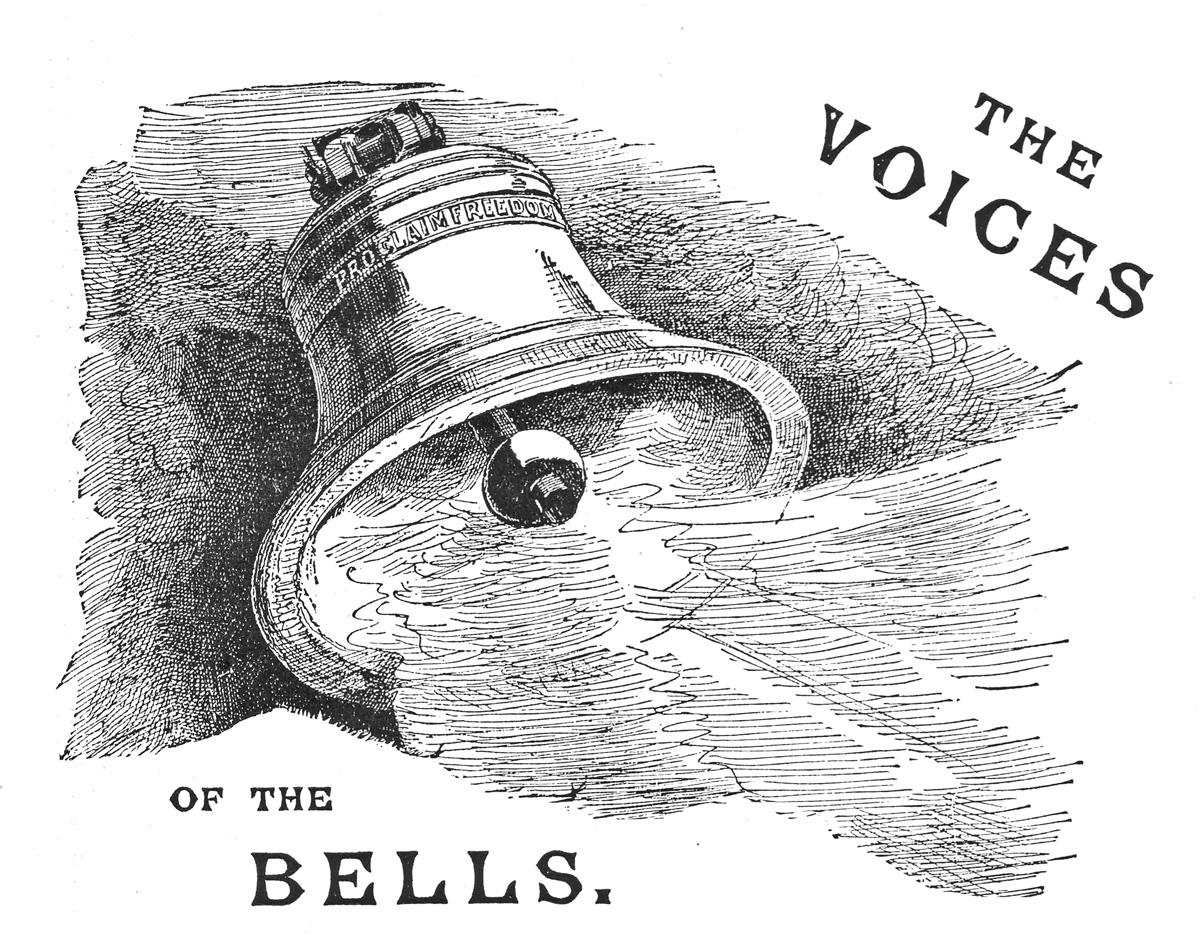 This custom was probably thought worth noting because it was different to the practice of ringing-in Christmas Day and the New Year. Welcoming these particular days with bells was, and still is, so common that it is seldom reported, although three years after the Gentleman’s Magazine article, at Camerton in Somerset, John Skinner complained that he was woken in the early hours of Christmas Day – though as he was rector of the parish, you might have thought he would have expressed his pleasure at the enthusiasm of his parishioners:

‘I was awakened early by the ringing of the bells, and could not help thinking how much sound overpowers common sense in all we have to do in the present day. I lay awake last night thinking of these things, and soon after I had closed my eyes they were again opened by the loud peals these thoughtless people among whom I dwell chose to ring, as they suppose, in honour of the day.’

Early bells were hung from an axle or spindle to which a rope was attached, allowing the bell to toll, but giving no control for anything else. To make the task easier, a quarter-wheel and then a half-wheel were attached to the spindle, so that the rope could be passed round a groove, making it easier to pull. This still gave no great control of the bell, not until the introduction of the whole wheel and stay (as in the picture). 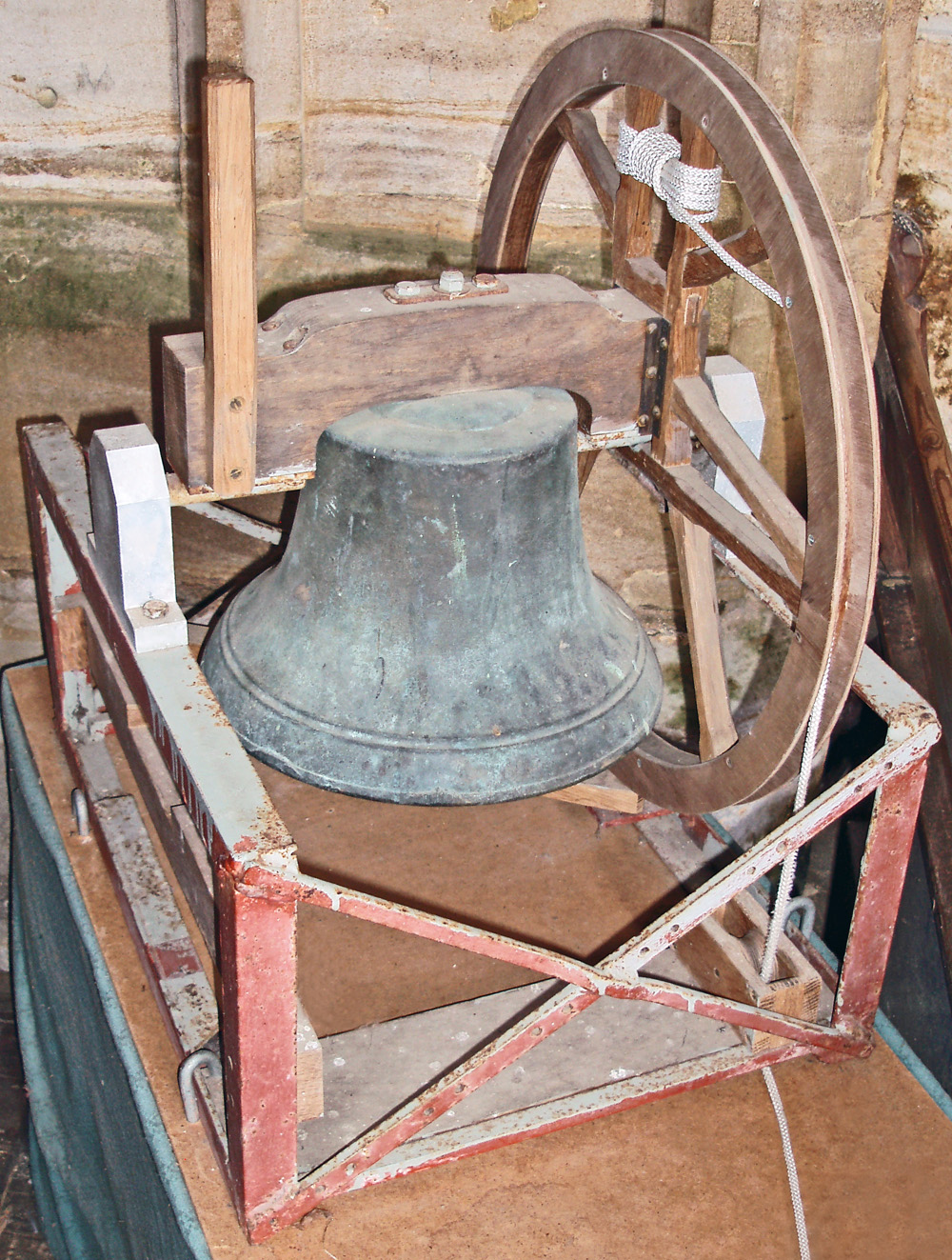 Model of a bell hanging downwards in a metal bell frame,
with a wheel at one end and an upright wooden stay at the other

This new method of hanging developed from the 15th century, and it allowed the bell to swing through a complete circle and back again. From the resting position, with the bell hanging downwards, successively stronger pulls on the rope made the bell swing higher and higher each time. With the bell swinging through a wide circle, a pull on the rope with the right amount of force caused the bell to turn upside down. As the bell went just past the vertical, the wooden stay hit a sliding piece of wood (obscured by the bell in the picture), bringing the bell to rest. From this resting point, a pull on the rope would bring the bell down, causing it to swing almost up to the vertical in the opposite direction. Each time the bell swung, it would sound, but once it came to a stop, upside down, it was silent. With this innovation, a bell could be slowed down or speeded up by the bellringer’s force and timing in pulling the rope, and the bell could be easily stopped and started again.

This new ability to control a bell allowed the introduction of change ringing with a set of bells. Instead of ringing one bell after another in a constant round, the order in which the bells were rung could be changed and changed again during the ringing, to produce a distinctive musical effect. This became popular from the beginning of the 17th century, and it was not long before a Cambridge printer, Fabian Stedman, saw the great possibilities of the new method. Using mathematics to work out the possible combinations of bells, he realised that six bells (a number that many churches had) could be rung in 720 different combinations before a repetition was necessary. With more bells, the number of combinations (or ‘changes’) rose dramatically. In 1668 Stedman published Tintinnalogia and in 1677 Campanalogia, which set out his new system. From that point, change ringing developed. 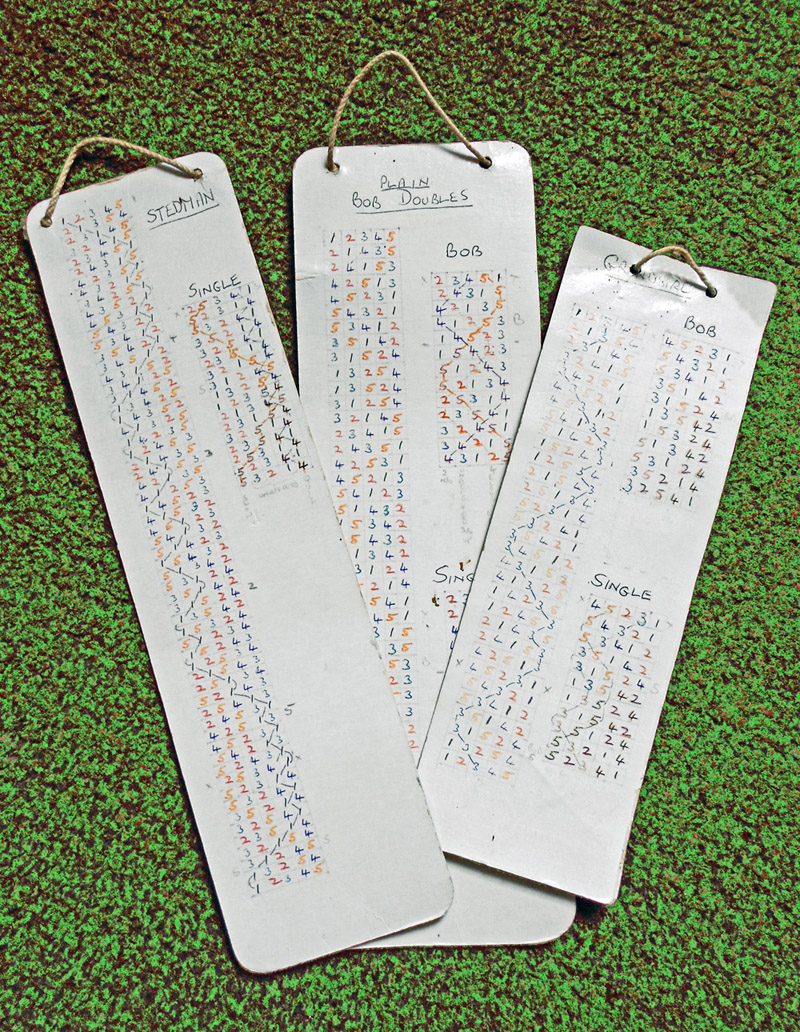 Orders of ringing for different series of changes

The appeal of a peal

As well as Stedman’s system, other new systems were also developed from the 17th century, providing the uniquely English form of change ringing that is so familiar today. These systems produced various series of changes that are known as ‘methods’, and along with this terminology it was decided that a series of 5,000 changes or more would be called a ‘peal’ and anything less would be called a ‘touch’, while the number of bells in a belfry is called a ‘ring’. Most churches in England have a ring of six or eight bells. These are the technicalities, but the end result is a rich and magical sound well suited to the occasions it is used to mark. Two centuries ago, the Lancaster Gazette reported on the Christmas celebrations in Preston, Lancashire:

‘CHRISTMAS FESTIVITIES. – Judging from the numerous festivities and parties with which Christmas is being celebrated in Preston, we are led to hope that affairs are brightening, and that “a good time is coming”. These parties – the socialities of a happy time – have been held with little interruption during most of the week, and several are announced to take place in the ensuing week. Christmas Day arrived, and no sooner had midnight passed, than its advent was heralded by bands of music, and companies of singers, who perambulated the town, and played and sung under the windows and in the streets, with joyful and soul-stirring melody. Nor were the Parish Church bells silent, but appeared to ring with louder and more sonorous peals.’ 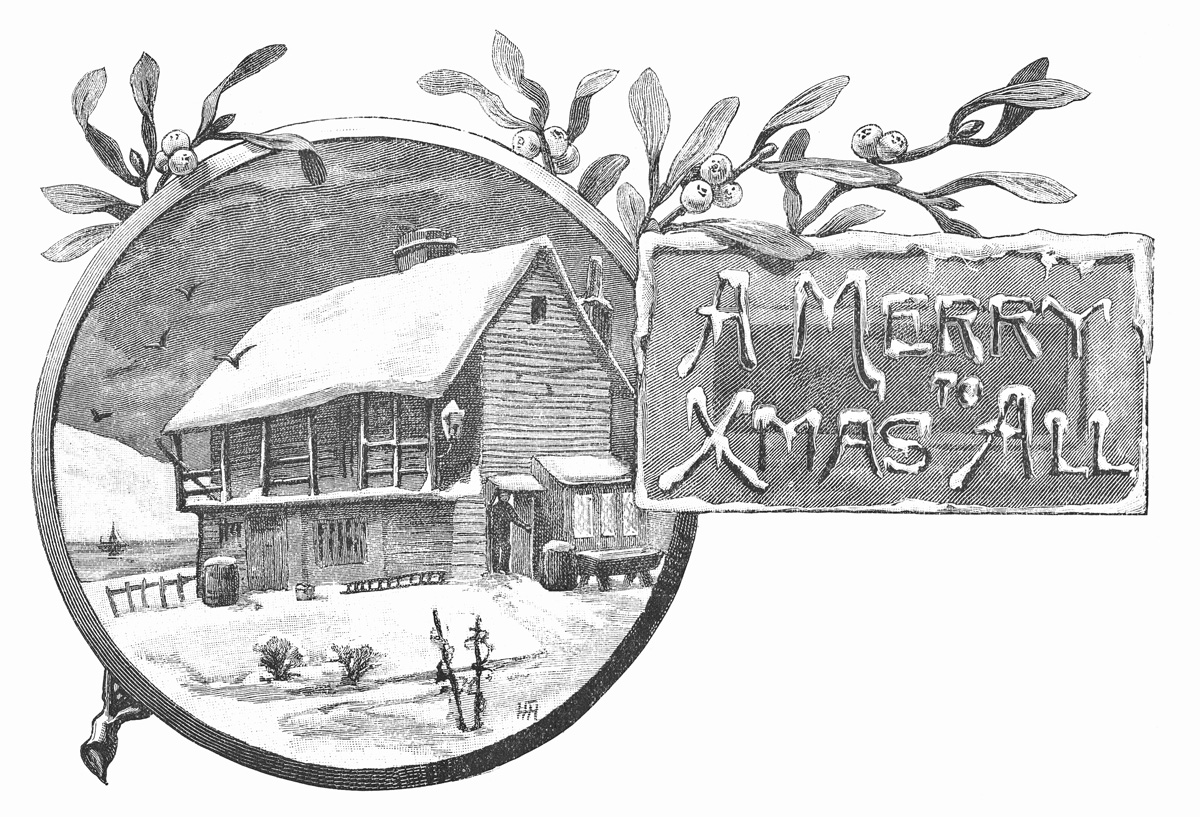