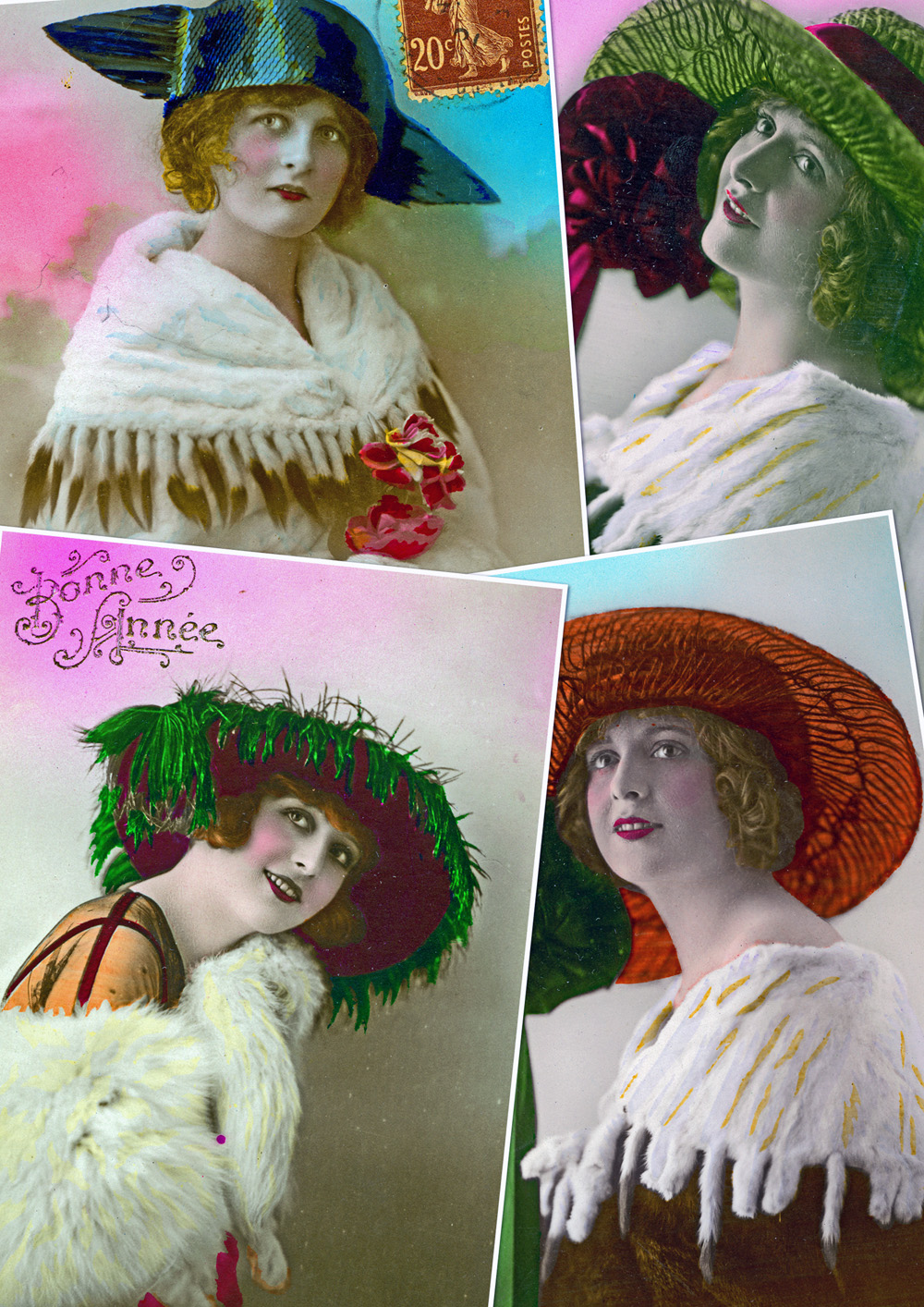 Postcards have long been used for sending Christmas and New Year greetings (see our newsletter 43), especially in the heyday of the General Post Office in Britain, when a next-day delivery of letters and postcards was provided (and in some places a same-day delivery). The use of postcards for festive greetings was not confined to Britain, as is shown by this collage of four distinctly French New Year greetings postcards that date to the 1920s, with the words ‘Bonne Année’ – Happy New Year. We wish you all the very best for 2018.

At Christmas, cards became the main form of seasonal greeting, but festive postcards were used as well, especially for last-minute communication. The one below is a postcard of Queen Victoria’s statue at Southend-on-Sea in Essex, overprinted with ‘Best Wishes for Xmas and the New Year’ in embossed red lettering. It was posted with a halfpenny stamp in January 1909 at Sacriston in County Durham to an address at Wolsingham about 10 miles away. Agnes was writing to her uncle ‘to thank you for your cards which were very much admired especially those with the tinsel on. I am sending you this, which is not very nice, END_OF_DOCUMENT_TOKEN_TO_BE_REPLACED